MONTVILLE, N.J.—January 10, 2023—Marotta Controls, a rapidly growing aerospace and defense supplier based in New Jersey, celebrated its 80th anniversary. President and CEO Patrick Marotta took the opportunity to recognize his team members’ talent, passion, and creativity that has contributed to decades of innovation in Flow Control, Control Systems, and Power Electronics.

“I am humbled by the commitment demonstrated by our staff year after year. Marotta Controls began as a straight-forward production company focused on quality. Together, we took that business and evolved it into a world-class solutions provider,” said Patrick, the third-generation leader of the family-owned company. “We don’t shy away from sharing customer risk or challenge. Instead, we remain nimble. We lean in and collaborate with them as a trusted partner. We help them quickly bring to market technologies that positively impact their performance and operations. It’s an incredible position to be in and one I owe to our teams then and now.”

Marotta Controls was founded in 1943 as a machined components manufacturer by Patrick’s grandfather in Boonton, New Jersey. An opportunity to help Reaction Motors solve a design challenge led to the company’s first major innovation: the balanced poppet solenoid valve. That valve’s technology, though improved upon since its first iteration, still serves as the foundation for the company’s cornerstone products today.

Since the moment it opened its doors, Marotta Controls has played a supporting role in significant events throughout aerospace history. The company supplied valve systems for the Saturn Apollo program that landed a man on the moon. It designed fluid control technologies for the first intercontinental ballistic missile, the first Polaris submarine, the first jetliner, the first Tiros weather satellite, and more.

Those elegant valve solutions inspired Marotta Controls to expand its capabilities into complementary areas. The company applied its knowledge to reimagining electromechanical motor drives, power supplies, and actuation systems among other products—additions that led to significant growth over the last decade. The bar was raised yet again with Marotta Controls’ introduction of a patented additive manufacturing technique that allows the supplier to produce finely intricate solutions that were previously impossible to build via traditional machine boring methods.

“Our innovations have flown to space. They have descended deep into the ocean. And, they have sped through the air at supersonic speeds. These incredible achievements would not have been possible without the talent and support sourced from our home state. Our primary facility is still located in Montville, New Jersey, where my grandfather began this business 80 years ago. We do it all there. Innovate. Design. Build. Test. And, while we have recently expanded to a second New Jersey location, I envision that Montville facility standing as our home base for the next 80 years. There’s a lot more to come,” added Patrick.

Founded in 1943, Marotta Controls is a fully integrated solutions provider which designs, develops, qualifies, and manufactures innovative systems and sub-systems for the aerospace and defense sectors. Our portfolio includes pressure, power, motion, fluid, and electronic controls for tactical systems, shipboard and sub-sea applications, satellites, launch vehicles, and aircraft systems. With over 200 patents, Marotta Controls continues to build on its legacy as a highly respected, family-owned small business based in the state of New Jersey. Twitter: @marottacontrols LinkedIn: Marotta Controls, Inc. 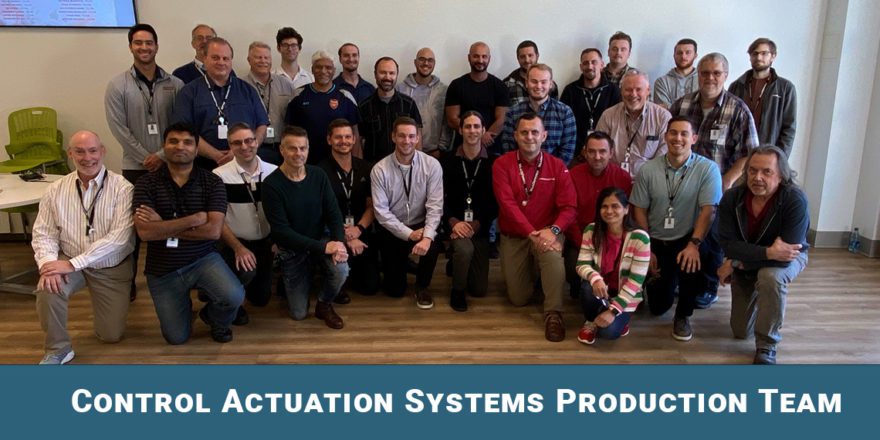